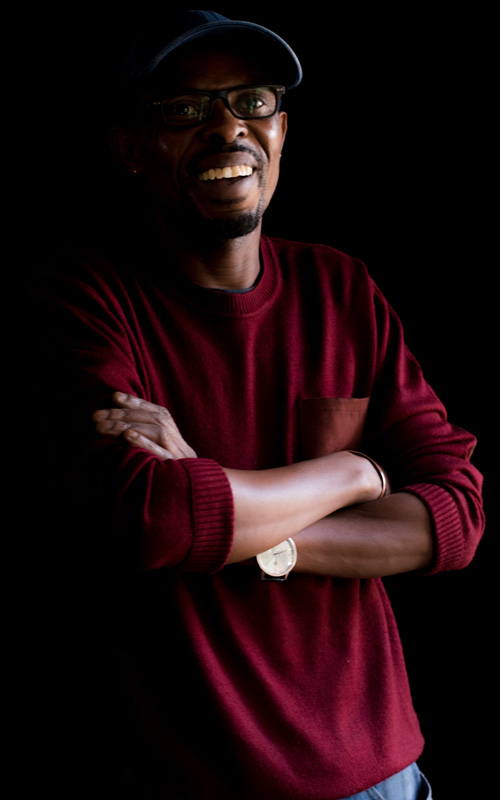 Brian is a goldsmith that has worked with Pierre for almost a decade now. Though Brian is not classically trained in jewellery making, his dedication to the art and skills required for crafting beautiful, sturdy pieces has made him an asset to Blackroom Jewellers.

Originally from the Eastern Cape, Brian arrived in Cape Town in 1992 pursing new job opportunities. He found a job in construction quickly thereafter, and remained there for three years before moving to the wood working industry. While working there, in 2000 he encountered a project that would change his life.

His jobsite was another jewellery shop. He took interest in the craftsmen there. Finally, one afternoon he approached a worker named Paul and they got to talking about the craft. Paul offered to teach Brian how to make jewellery. From there, the two spent the next four Saturdays working to learn how to make earrings. Bryan fell in love with his new skillset, mostly because in construction, “by 10am you’re very tired”, but in jewellery making, you don’t get tired before you’re done actually earning your keep.

Sadly, Paul passed away in 2007. That’s when Brian and Pierre met and began working together at Blackroom. Now, Brian enjoys working with precious metals , and takes pride in the intricate skills he’s developed. He credits Paul for his start in the industry, and is very happy with where he’s at in his life. He currently lives in Delft and works as a jewellery maker for Black Room Jewellers.